Recent news items are listed below.

At our committee meeting held on 11 May 2022 a decision was made regarding the closing dates for the Challenge Brooch, Mabel Mackenzie and the Country Championships for this year.
Due to the recent rainy (stormy) weather conditions across NSW this year we agreed that the closing date for the three events be extended to 31 August 2022.
Any results received after the 31 August 2022 will not be eligible to win an Overall Winner but hat clips will still be sent to club winners.
Read more…

In Sydney, a lot of golf courses have been closed for more than seven weeks. But that is nothing to the courses that are closed for major work to repair damage done by the floods. Unfortunately, we have also had notification from Anne Petinsky, delegate Wisemans Ferry, that Wisemans Ferry Golf Club no longer exists. They were hopeful of reopening from the March floods, but the latest flood ended their dreams. We hope that all the VWGA ladies are safe and well in the area and that eventually they get to call another golf course home. We have seen two tournaments cancelled so far, The Coast (March) and Wollongong (April). Fingers crossed for the two-day tournament at Pambula/Merimbula on 16/17 May. This is followed by two Metropolitan tournaments at Castle Hill (Tues 21 June) and Beverley Park (Monday 1 August). Entry forms are on our
website: http://vwgansw.org.au/tournaments.

Apparently there have been rumours that there was going to be an amalgamation between the VWGA and NSWVGA. Nancye Cullen, VWGA Treasurer, and I had a meeting last week with Lex Knox, Vice President of the NSWVGA. This was an amicable, frank, and open discussion about our two vastly different organisations. Even though we will be having future discussions between us, now there is no thought of amalgamation. One item that did come out of the discussions was that the NSWVGA have changed their policy of VWGA members who play in their tournaments. To play now you must be a member of the NSWVGA. The fee is $5.00 per year, and you will be asked to pay this when you enter the first tournament you play in during the year. This now clarifies many queries we get from VWGA members.

To read the complete newsletter click here: VetsNews May 2022

Photos of the tournament provided by Yowani Golf Club. 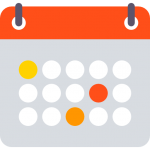 Upcoming events  are listed below.